Directing The Way Of Light. 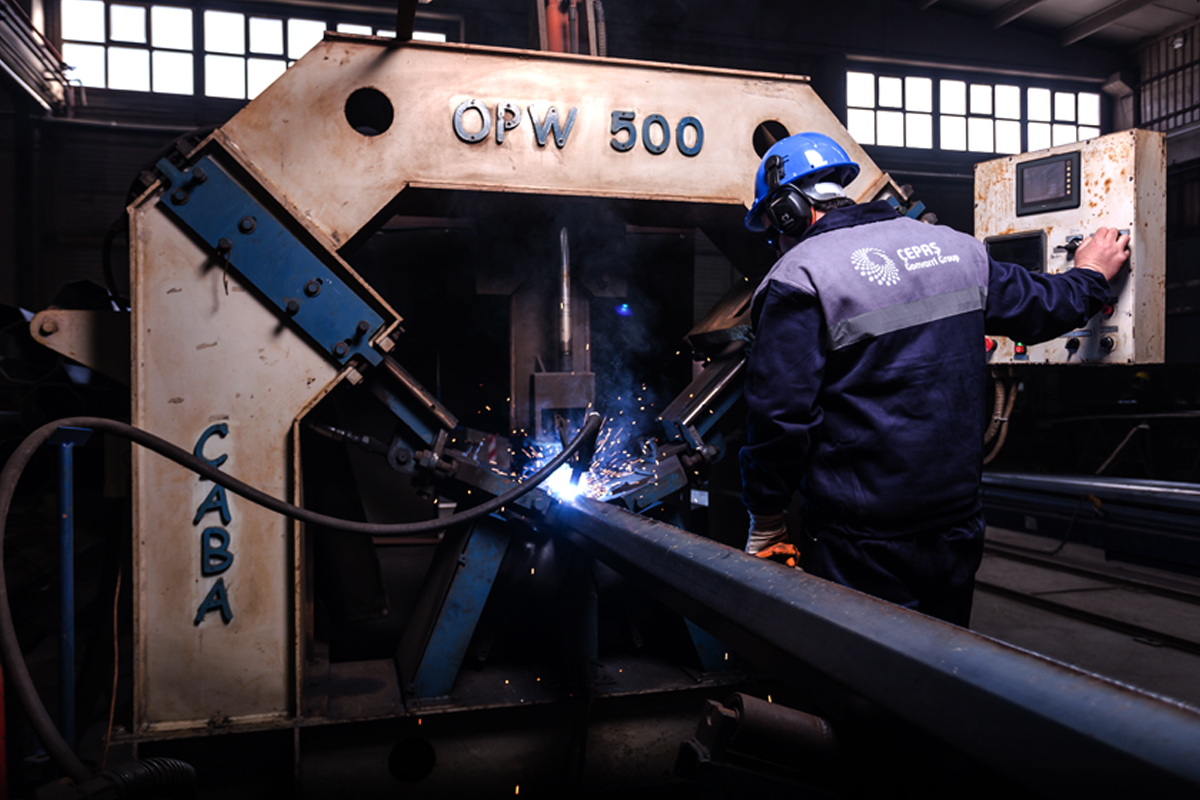 Life is running rapidly for 24 hours. Even a single dark spot that energy does not reach can stop this tremendous speed and even harm human beings and the environment irrevocably.

For this reason, Çepaş has broken a new ground in Turkey with its CE Approved and environment friendly lighting poles and has been globalized with products that are suitable for the environment protection, energy saving, human health and safety, life and property safety.

In addition to standard lighting poles produced by Çepaş, projector maintenance can be done more easily and efficiently with elevator poles which are among its products that make a difference. Another feature that distinguishes Çepaş from the companies in the sector is its special design pole production capability, as well as its single piece pole production up to 12 meters and partial pole production up to 110 meters. In Çepaş, efficient lighting systems can be designed, supplied and assembled for the needs of stadiums and other small sized spaces. Specially designed lighting poles with two body options, conic and polygon, can be produced.

Çepaş lives the happiness of giving a light to the future of Turkey in Eurasia Tunnel, Hakkâri Yüksekova Airport and Balıkesir Edremit Airport projects.

The poles used to illuminate areas especially such as intercity highways, urban roads and streets, intersections, parks, factories, workshops and offices can be produced at various heights. 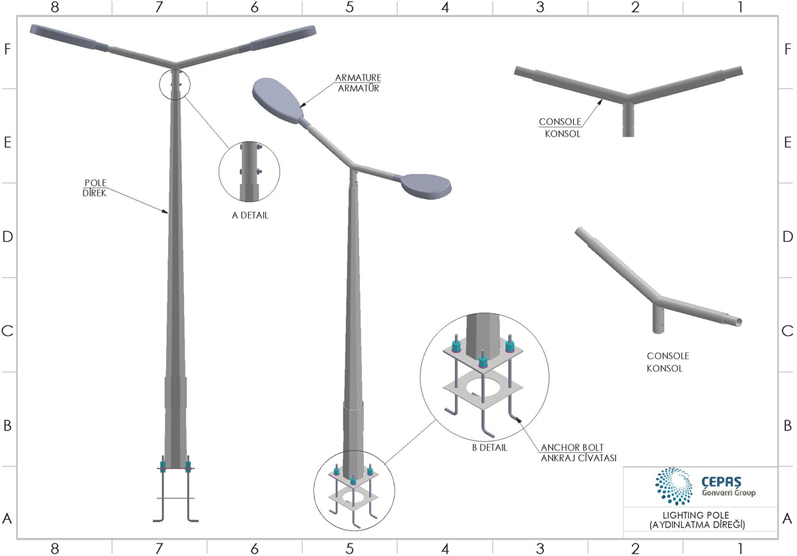 Projector poles which can be produced with elevators, protective ladders and portable ladders are the most commonly used pole types in wide areas such as parks, picnic areas, open spaces, squares, parking lots, ports and airport lighting. Stadium poles produced with protection ladders unless otherwise requested, are used in places such as stadiums and social sports facilities. Çepaş manufactures specially designed lighting poles with three body options as polygonal, circular type and pipe type in one, two, three or four consoles in different sizes and scales according to usage area. 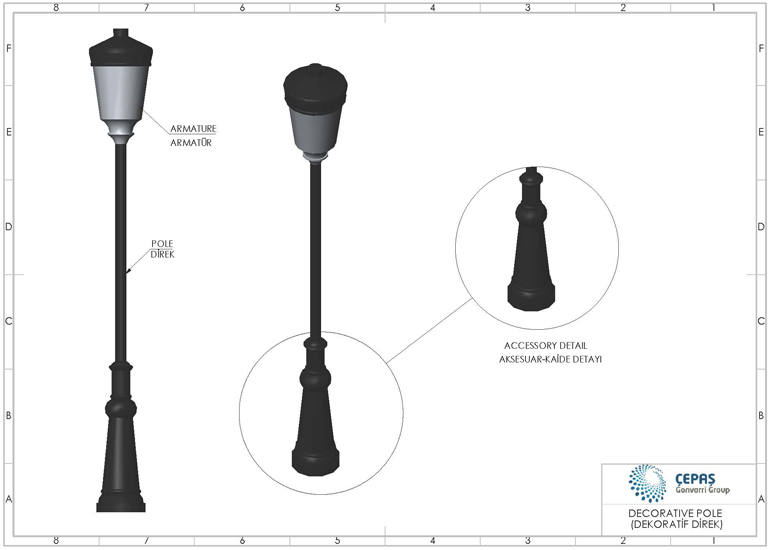 Camera, totem/advertisement and flag poles in different sizes are produced according to the demands of the customers.
The wind swinging and static calculations are done for all types of poles. 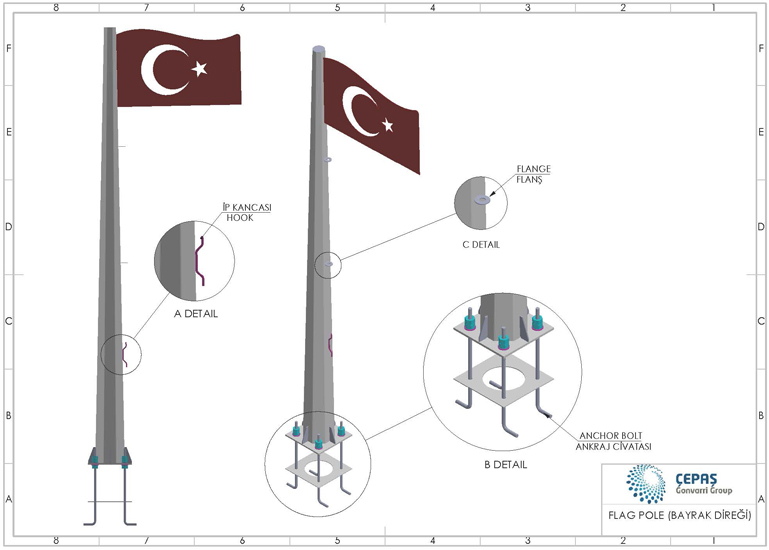 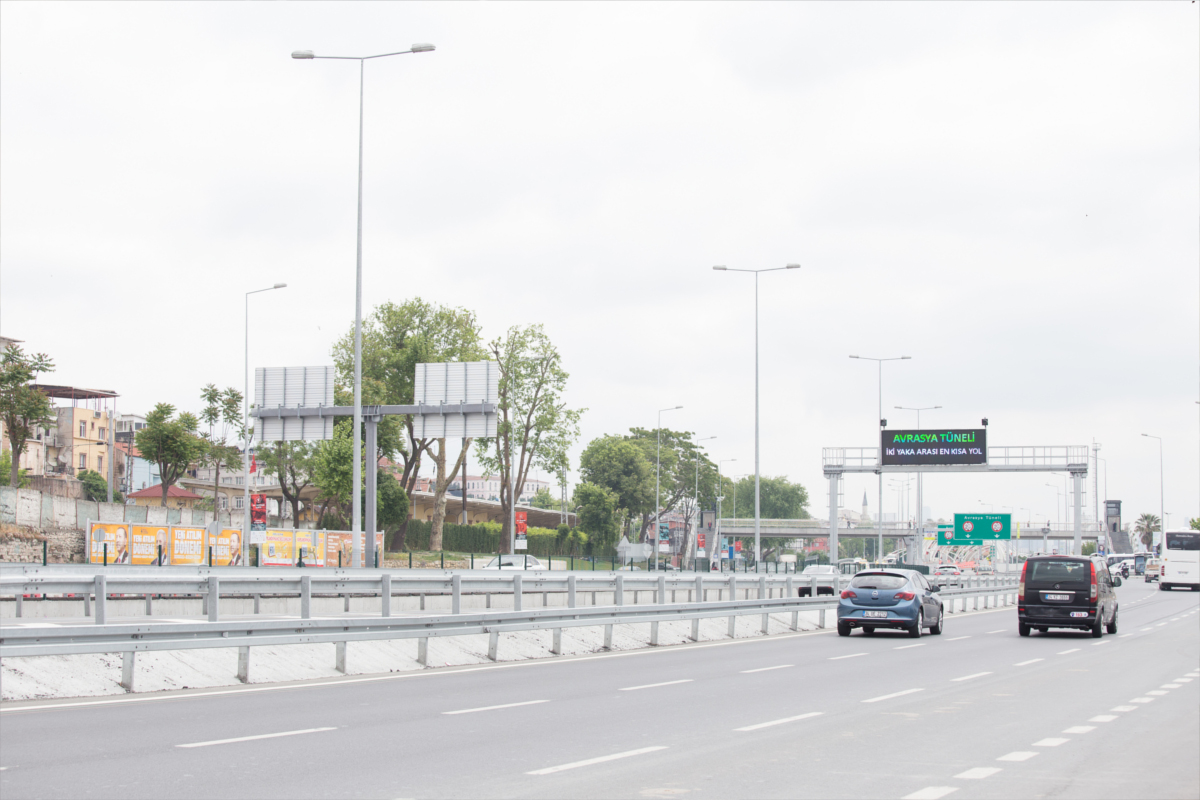